Our dogs are some of the most precious things in our lives.We love them with all of our hearts and shower them with love and affect. But how far would you be willing to pay for your pup? We do everything for our pups and spend a lot of money every single day. While some prices might be higher for breeders than animal shelters, no matter where your precious pup comes from, we love them nonetheless.

No matter where your dog is from, Americans spend an average of $1,675 per year on their dog, and purebred dogs cost five-times more than a mutt or mixed dog. While that might seem like a lot, there are way more expensive dogs out there than purebreds and these are the top-10 most expensive dog breeds to own in 2020. 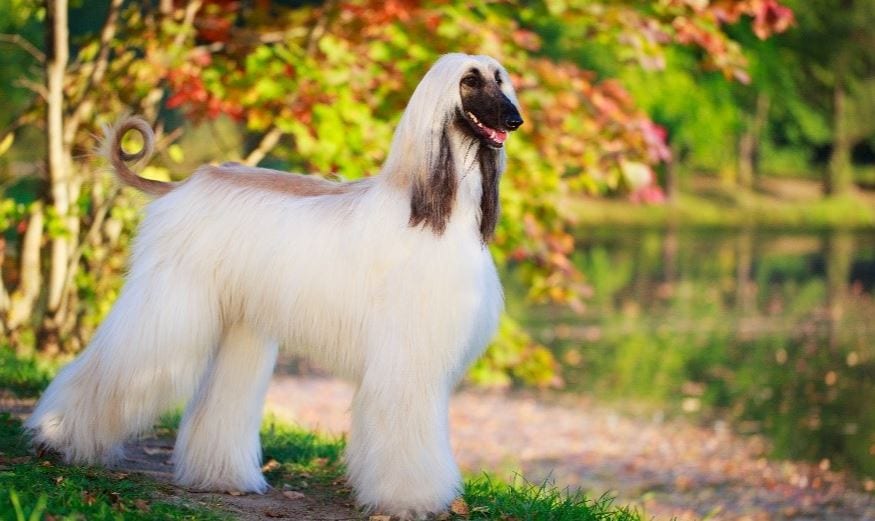 The Afghan Hound comes from the mountains of Afghanistan and is widely regarded as one of the most beautiful dogs with their flowing coats and curly tails. They even require daily hair brushing because their long silky coats become tangled very easily.

The hounds have an average life of 10-14 years, and their health conditions might cost you some more money. They’re predisposed to cataracts and hypothyroidism, which can cost up to $3,000, driving the price of this pup up even more. 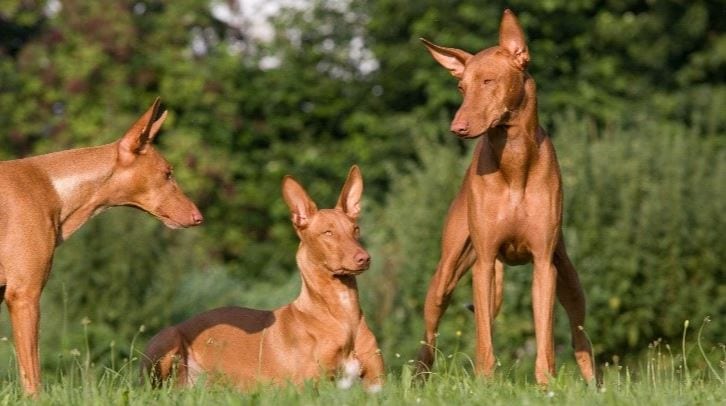 Meaning “rabbit dog” in Maltese, the Pharaoh Hound is generally used for hunting rabbits in the Maltese Islands. These dogs are highly intelligent as well as athletic and tend to range from 45-55 pounds.

The breed has an average life expectancy of 11-14 years but is extremely sensitive to stress. Stress can lead to severe digestive and neurotic issues which can cost more than $1,500 to treat. The positive is their genetic makeup; they’re loyal hounds that can be trained well for families and larger groups.

Don’t exactly know what breed your pup is? Check their official breed with a DNA testing kit. 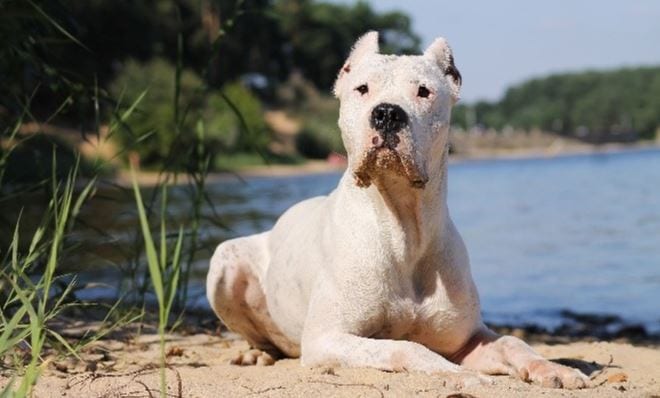 Originally developed for big game hunting, due to its muscular stature, Dogo Argentinos are one of the most expensive dogs in the world. Their muscular body allows the doggo to hunt wild hogs in South America and Asia mainly.

First bred in 1928, the Dogo Argentino’s main ancestors are the extinct Cordoba Fighting Dog and the Great Dane. Because of their dominant physical traits, it’s illegal to own in the UK, Colorado and New York City.

Their life expectancy is 12-14 years, but they can suffer from hip dysplasia and deafness, leading to vet bills upwards of $1,600. However, without regular daily exercise, health issues can increase, as well as the vet costs. 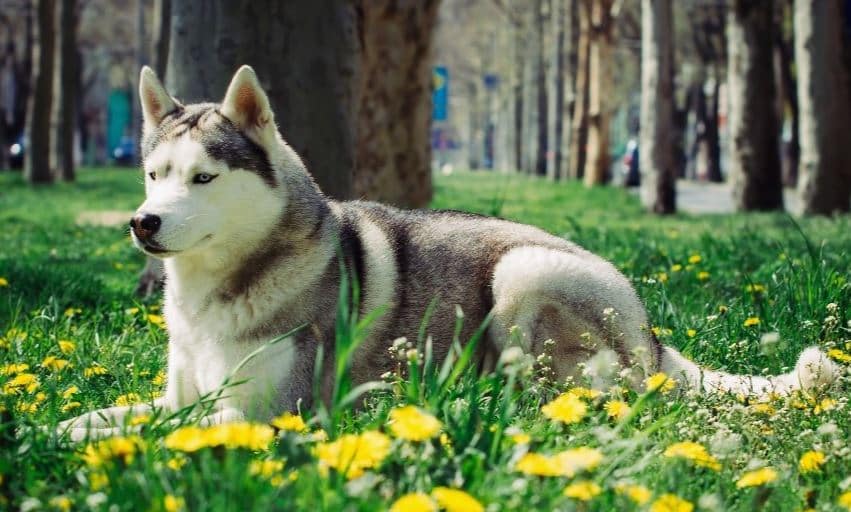 The Canadian Eskimo dog is one of the rarest breeds in the world and is currently facing extinction with less than 300 dogs remaining in 2018. They were brought to North America from Siberia more than 1,000 years ago and had been decreasing recently since the 1960s.

Their numbers decreased mainly due to the invention of the snowmobile and the Royal Canadian Mounted Police (RCMP) dog killings of 1950-1970. The Canadian Police killed up to 20,000 Canadian Eskimo Dogs to intentionally disrupt the dog’s way of living, and the breed has never recovered.

The breed is also prone to gastric torsion, entropion, where the eyelid folds over itself, heat intolerance and arthritis. Canadian Eskimo Dogs are also said to be very territorial and often overreact to small disturbances, which is why they’re not ideal for families with children. 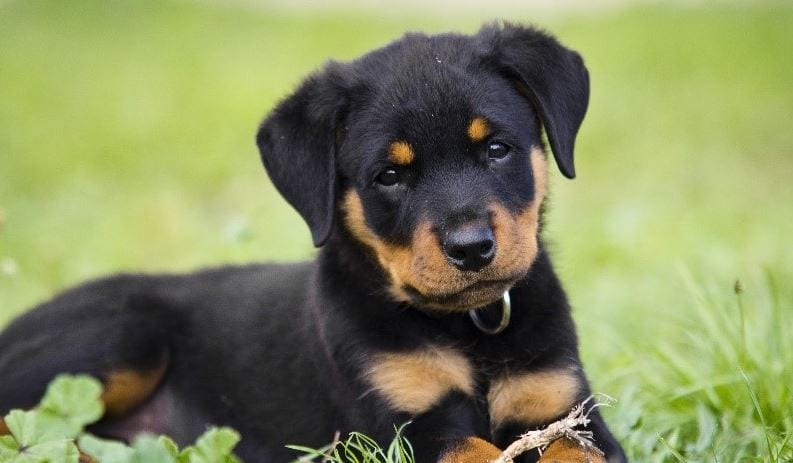 This one might surprise some people because Rottweilers are a generally more common breed than all the other puppers on this list. While they’re not crazy expensive to buy, normally $1,500 initially, they rack up money in vet bills due to health issues.

The breed is extremely susceptible to almost every single disease or condition for dogs, especially hip and joint issues, which is why their pet insurance claims are the highest among any other breed. Rottweiler owners can expect to pay more than $300 annually on their dog insurance and even more for a claim.

Their lifespan is also significantly lower than other dogs at only 8-10 years. However, they’re considered a great family pet because of their loyalty and obedience to their owners.

As one of the newest breeds in 2019, the Azawakh is also one of the most expensive. Hailing from West Africa, they were mainly used as hunting dogs and are distinct relatives to Middle Eastern and South Indian hounds.

The breed is scarce in North America but is gaining popularity after being recognized by the AKC in early 2019. Being hunting dogs, Azawakh’s quickly recover from injuries and have few hereditary conditions; they only suffer from epilepsy or Wobbler disease.

Azawakh’s average lifespan is 12-15 years with high-quality dog food and daily walks or runs. They only exercise in the presence of their owner so they’ll keep you in shape too! 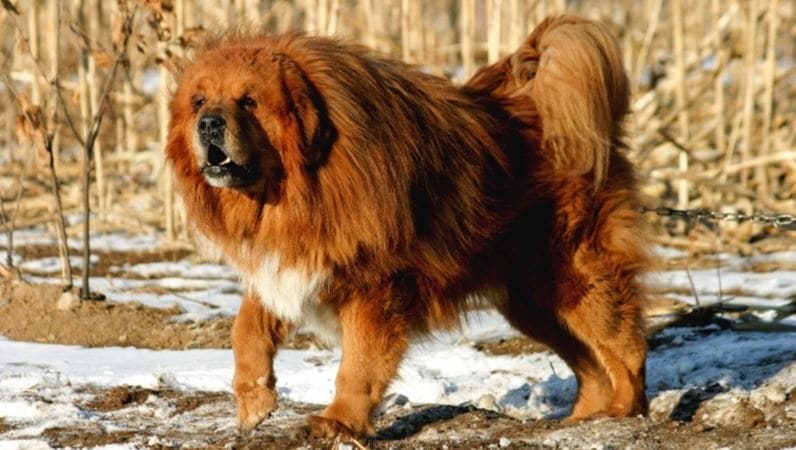 This massive doggo made its way to American from Tibet where it protected sheep from predators like wolves, leopards, and bears. The mastiff can reach more than 150 pounds, for grown males, and fends off some of the fiercest animals.

While they were initially used as guardians and protectors, they became too expensive for their owners to maintain and they slowly began to vanish. The breed is very alert and will protect your family at a moment’s notice.

Tibetan Mastiffs are relatively healthy but are prone to hereditary conditions such as hip dysplasia, hypothyroidism, and eye anomalies. Feel free to get them tested often. 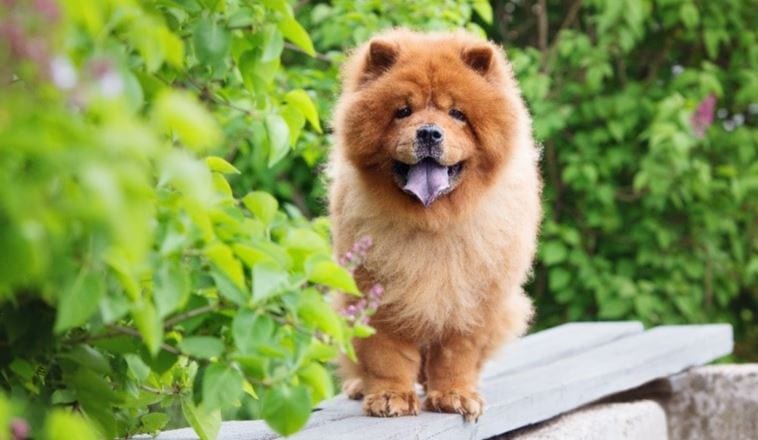 The Chow Chow originates from northern China and is one of the oldest and rarest breeds in the world. The dog itself is expensive to buy, but the costs to own a Chow Chow don’t stop there. You’ll rack up the bills for food, treats, vet bills, grooming, and health issues, which can total around $11,000 for their life.

They require a decent amount of regular exercise, such as four or more walks per day. The breed is also naturally stubborn, which can impact trainability and potentially hinder the relationship between you and your pup.

Primary health issues for Chow Chows include eyelid entropion, hip and elbow dysplasia, allergies and thyroid function. The life expectancy is 8-12 years but can be increased with proper care.

Also known as the “little lion dog,”-the Löwchen has been popular among Europeans for more than 500 years, as it originated in France. It was once the rarest dog in the globe in 1973 when only 65 were left in the world; currently there are only 300 remaining dogs registered each year worldwide.

The Löwchen is also one of the most outgoing dogs in the world; they’re very active and playful which makes them perfect for families and children. With that being said, they need persistent attention of humans; they’re unhappy when they’re left alone for long periods.

While it’s not the most expensive dog in the world, these little dogs are surprisingly healthy, so you won’t go into debt paying for their health issues, but the problem is the upfront cost of the pup. You also get a lot of bang for your buck; Löwchen’s live for 13-15 years. 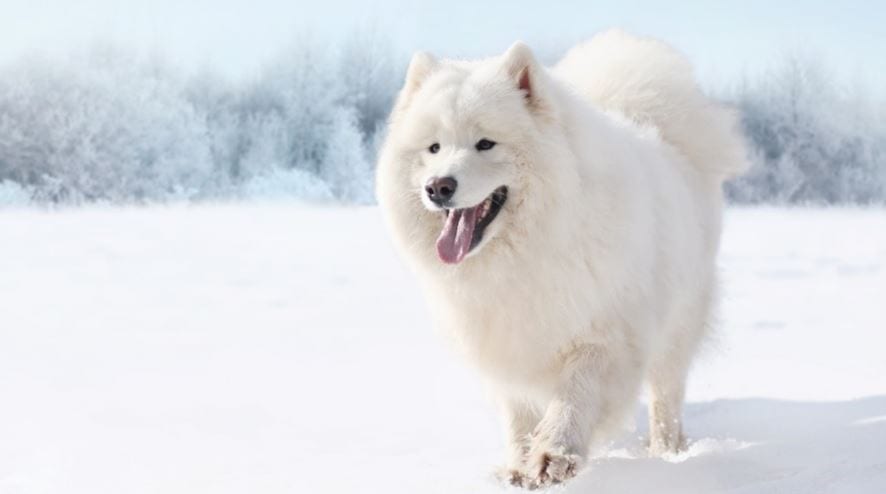 Coming in at the #1 overall spot for the most expensive dog in the world is the Samoyed originating from Siberia. The rare breed is known for its kind, loving, and eager to please attitude along with their smiling faces.

The world’s most expensive dog has a strong sense to run away and roam for miles on end, so always make sure they’re on a leash. They’re also brilliant, social, and mischievous dogs that always demand attention, making them perfect for families and children.

While the dogs are rare, they do rack up vet bills like no other dog. They’re prone to expensive health issues, such as corneal dystrophy, autoimmune conditions, and cardiac disorders that can mount to around $5,000.

No matter if you choose a dog from this expensive list or adopt one from a shelter, be sure to secure their health and happiness with a dog insurance policy to provide peace and mind for your new companion. 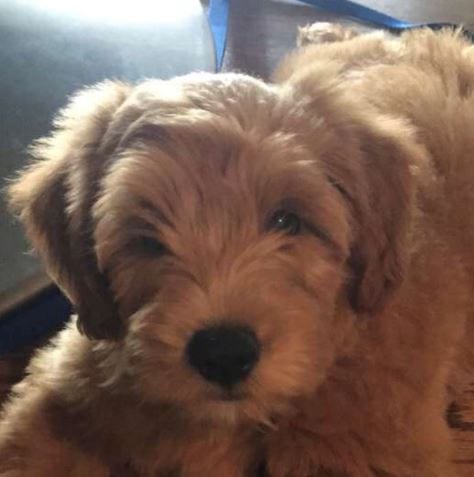