Here at Prudent Pet, we take movies about dogs seriously. It was only a matter of time before we created a list of our favorite movies starring dogs. It wasn’t an easy call, and with so many different categories of dog movies out there, we had to narrow down the playing field. We decided as a team that the main character of the movie did not have to be a dog, but a dog would have to play a sizeable role in the film to qualify. With this ruling in place, the following is the Prudent Pet team’s favorite top 10 dog movies in descending order.

“The unconditional love, loyalty and faith portrayed through the spirit of this animal make this film an undeniable classic that transcends cultures.” – Hayata

Coming in at #10, Hachiko Monotagari is a soulful true story about a loyal Akita who waited at the train station for his deceased master until his dying day. We found the movie especially intriguing because it is told from the dog, Hachi-Ko’s point of view. This film, released in Japan in 1987, was remade into an American version in 2009 and starred Richard Gere.  Any dog lover would enjoy this movie, but spoiler alert: have a box of tissues within reach.

What’s cooler than a dog playing basketball? Not much! Air Bud is a classic movie following a boy and his Golden Retriever…who just so happens to be the best baller around. Air Bud instantly turns the basketball team’s season around and brings a heartwarming story that brings families together. Dogs truly are a boy’s best friend…and shooting guard too.

The Sandlot follows a group of young boys that love to hang out, poke fun at each other and most notably play baseball. Their summer looks like one for the record books until one of the boys smacks a home run ball signed by Babe Ruth into the yard beyond the fence. The problem? The monster (friendly doggo) lurks behind that fence. The boys experience unimaginable fear just thinking about the monster and have quite the time figuring out how to get the prized ball back.

“A Goofy Movie is a Disney classic for me. It’s a fun story with great music; plus, Goofy is everyone’s favorite cartoon pup!” – Brittany

This coming of age animated film follows the protagonists Goofy and his adolescent son Max. Goofy plays the quintessential role of the ‘goof’ in the film. He and Max have their struggles, as Max juggles high school, girls and his embarrassing dad. While Max tries to discover who is he and understand his father, he realizes that family is the most important thing and sometimes being yourself is enough to win over the cutest pup at the park…

Interested in films with a bit more cattitude? Jump over to our list of top 10 cat movies!

6) How the Grinch Stole Christmas

“Dogs like Max will be loyal to their human even on their worst days. Dogs provide unconditional love when you need it most, proving they are truly man’s best friend.”- Grace

This quote perfectly exemplifies Max. He has to deal with the GRINCH! The grumpiest, meanest character in Whoville. But yet, there he is, with his unconditional love, Max always happy and loving his grumpy old owner.

A personal favorite of many of the staffers, Homeward Bound features; Champ, a loveable and naughty American Bulldog; Shadow, a wise Golden Retriever; and Sassy, a Himalayan cat who embodies her name. Their trek across the Sierra Nevadas is full of peril and will have you at the edge of your seat. This movie has plenty of laughs and its fair share of tearful moments. With a heartwarming ending and strong themes about courage, loyalty and believing in yourself Homeward Bound finds a permanent place on our top 10 list!

The first in a series of seven MGM films, Lassie Come Home stars arguably the most famous dog in American cinematic history. Set in Yorkshire, England during the 1940s, the father of the Carraclough family is forced to sell the beloved family dog to the Duke of Rudling who takes her to Scotland. The loyal Rough Collie escapes and makes a long and treacherous journey home to her family. This tale of a dog overcoming hardship and coming home struck a chord with the team at Prudent Pet. We give this very good girl two paws up!

3) Lady and the Tramp

RomCom dog fans live for Lady and the Tramp. It’s a love story about two pups from different backgrounds falling deeply and madly in love. Isn’t it amazing how a movie featuring pets can hit so close to home for humans. This movie brought us laughs, tears, and most importantly; the infamous spaghetti scene. Many of us have tried to reenact the famous scene at some point in our lives, to varying degrees of success.

Arguably the funniest dog movie to ever grace the big screen. This flick follows a cast of very different and strange individuals who all share one thing in common; their competitive natures and their love for their dogs. The movie takes a satirical look at the Westminster Dog Show and pokes fun at some of the absurdities people relate with dog shows and their owners. Our team member Nicky says, “You can’t help but root on Gerry (Eugene Levy), Cookie (Catherine O’Hara) and their Norwich Terrier Winky. Two left feet never looked better.”

As the author of this post, I have the privilege to select the #1 dog movie. What’s my credibility to be able to determine the best dog movie of all time (in my opinion)? Pretty simple, I watch a lot of movies and I love dogs! Doug the talking dog steals the show in Pixar’s ‘Up’. He encompasses everything that humans think is running through their dog’s minds. He is honest, loyal and loves to fetch balls. With his lively and friendly conversation, Doug brings comedic relief, funny dog conversation, and even some heroics. My favorite Doug quote, “I can smell you!” I mean c’mon, just look at this gif. 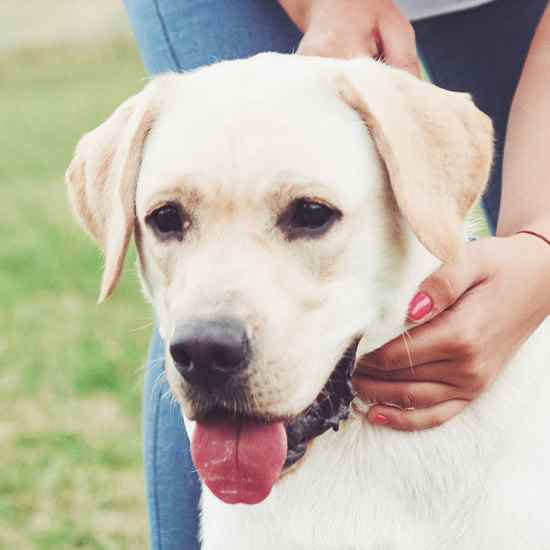