War heroes are known for their courageous and brave personality; war dogs just like those men and women that risk their lives on the battlefield every day. Those fearless pups and their handlers sacrifice their lives to protect this country and they deserve recognition.

Military dogs aren’t a new concept, especially for Americans. Sources say the first dogs in war were used in 600 BC in Lydia to defend against the Cimmerians (present-day Ukraine & Russia) in ancient times. They were mainly used as the first line of attack through enemy lines, spears, or cavalry charges, and then soldiers would follow suit. Clearly, their roles have changed a bit throughout history.

Military dogs weren’t only used in battle in ancient times, they were also used to aid the troops. Doggos were mainly used and guards, messengers, and companions before their introduction to battle.

After being brought into battle in Lydia, the armies began crafting specialized armor and shields for the war dogs. Not surprisingly, the larger breed dogs, such as Mastiffs and Molossians were mainly used to break through enemy lines after being protected with layers of armor.

Could you imagine a little corgi running into battle with armor and a shield that weighs 12 times his weight? We can’t either. 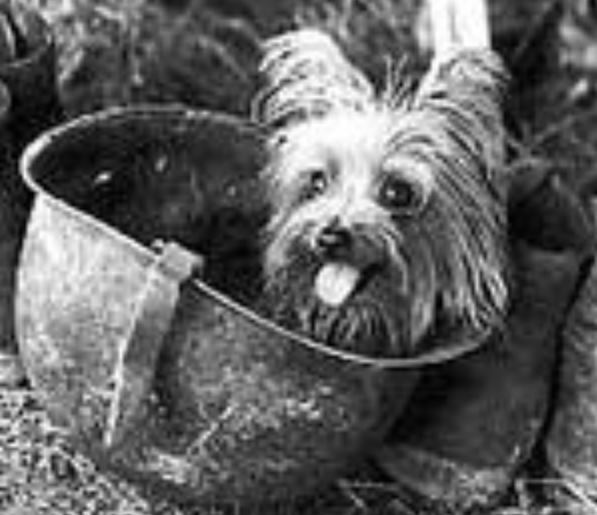 Smoky is the perfect example of when size doesn’t matter. This 4-pound Yorkshire Terrier was an integral World War II dog in 1944. After being rescued from a foxhole in New Guinea by one of the American soldiers, Smoky served in the Pacific region.

Little Smoky survived more than 150 air raids while serving in 12 combat missions during WWII. Her innate sense of hearing protected soldiers from incoming artillery strikes and she quickly became the first line of defense against air raids.

However, Smoky’s most impressive feat occurred in the Philippine Islands when she crawled through a 70-foot pipe to deliver a telegraph wire to soldiers, consequently saving them from enemy fire. Her small frame allowed her to squeeze into the narrow pipe, once again, proving that you don’t have to be a 250-pound Mastiff to be effective in battle.

Smoky earned honors for bravery during her service in WWII, but eventually passed away in 1957 at 14-years old. A list of her entire war stories are chronicled in the book, Yorkie Doodle Dandy, written by her owner who was also a former soldier.

While the works of Smoky were impressive in World War II, Chips was the most decorated pooch to serve in the war. The German Shepherd, Collie, Sibierian Husky mix was given to the military by his owner in New York after Pearl Harbor. Chips the war dog, served in General Patton’s Seventh Army and played crucial roles in Germany, Italy, Sicily, France, and North Africa.

This pupper single handedly took down Sicily in 1943, pretty impressive right? During the invasion of Sicily, Chips and other soldiers were pinned down by gunfire. Chips acted quickly in tough situation, attacking the gumen thus freeing up space for the American soldiers to fire. Because of Chips’ bravery, Sicily was forced to surrender.

Due to his efforts in Sicily and around the world, Chips was awarded both the Silver Star and Purple Heart. Unfortunately, the military later rescinded those awards claiming they considered Chips as equipment, not a valuable team member.

Thankfully, in today’s world, Chips would have received the recognition for his efforts. Too bad we can’t travel back in history. 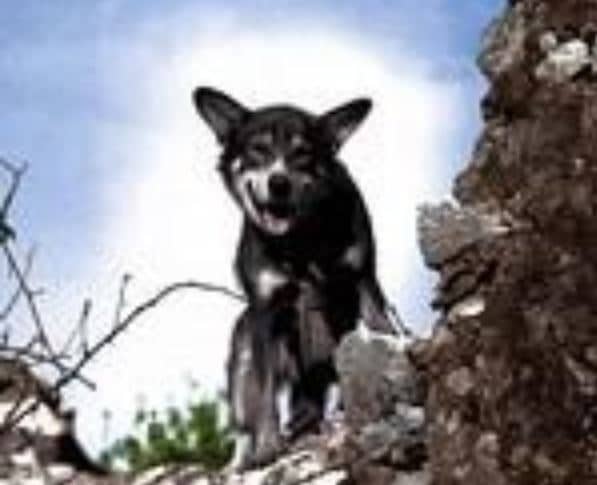 Want to learn about more Badass Dogs outside of battle and wars? 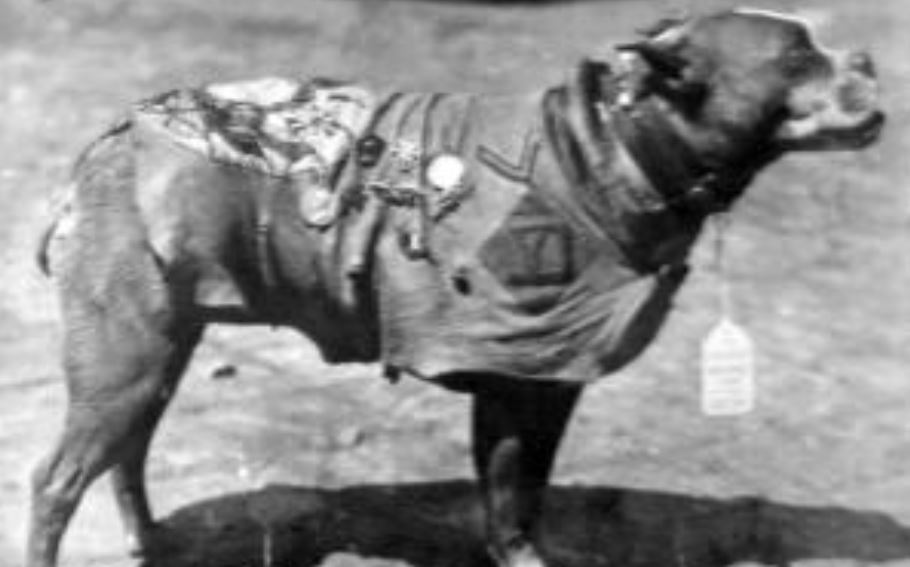 The American Pit Bull Terrier, Stubby, was one of the most decorated dogs of World War I. Stubby the war dog served in the 102nd Infantry, 26th Yankee Division and was the first dog to be given the rank of Sergeant.

This dog of war was a stray on the Yale campus, but was successfully smuggled into WWI by his owner, a soldier deploying for combat in France. Stubby developed a keen smell for gas and warned soldiers about incoming gas attacks before humans could pick up the scent, saving their lives countless times.

This battle dog was also an expert in locating wounded soldiers in order for American troops, so they could bring them back to safety. Due to Stubby’s heroic efforts, he received multiple medals and even met three U.S. Presidents (Woodrow Wilson, Warren Hardings, and Calvin Coolidge).

The first modern war dog on our list is Cairo, the Belgian Malinois who was a member of the Navy SEALs. Cairo was part of the Navy SEAL Operation Neptune Spear, which was the mission that killed Osama Bin Laden.

Cairo played a major role in completion of the mission, where he sniffed out undetectable and buried explosives by Bin Laden’s hideout in the Middle East. This military dog was also tasked with securing the perimeter and tracking down any escapees or intruders.

Cairo also has the distinction as the only military personnel publicly named from Operation Neptune Spear. The other Navy SEAL’s identities were kept secret to protect them from the public.. But, we will always remember Cairo for being part of one of the most important missions in modern military history. 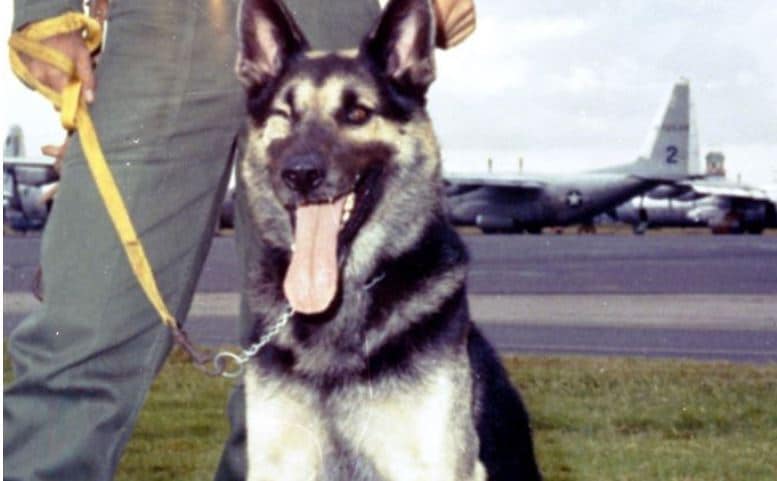 Nemo, a German Shepherd, was one of many Vietnam war dogs that fought in the Vietnam War, specifically the Air Force. Nemo was paired with Airman Second Class, Robert Thorneburg in December of 1966.

While both were on patrol, Nemo sensed enemies nearby and alerted Thorneburg so he could be ready for oncoming threats. However, during their fight with the Viet Cong soldiers, Thorneburg was shot in the shoulder and Nemo took a bullet to the nose and eye.

Despite being blind in one eye and unable to smell, Nemo kept the four Viet Cong enemies occupied while Thorneburg radioed for backup. Before help arrived, Thorneburg went unconscious due to his wounds, and Nemo climbed on his body toguard his handler.. Nemo watched over him and would not allow anyone within range of Thorneburg, not even fellow American soldiers.

Thankfully, this story has a happy ending. Help arrived in time for Thorneburg and Nemo to escape, both making a full recovery. Thorneburg was given a Purple Heart and a Bronze Star Medal with Valor. Nemo continued working at Lackland Air Force Base in Texas until he died in 1972. In his honor, Nemo’s kennel and dog house still stand to this day at the Lackland base. 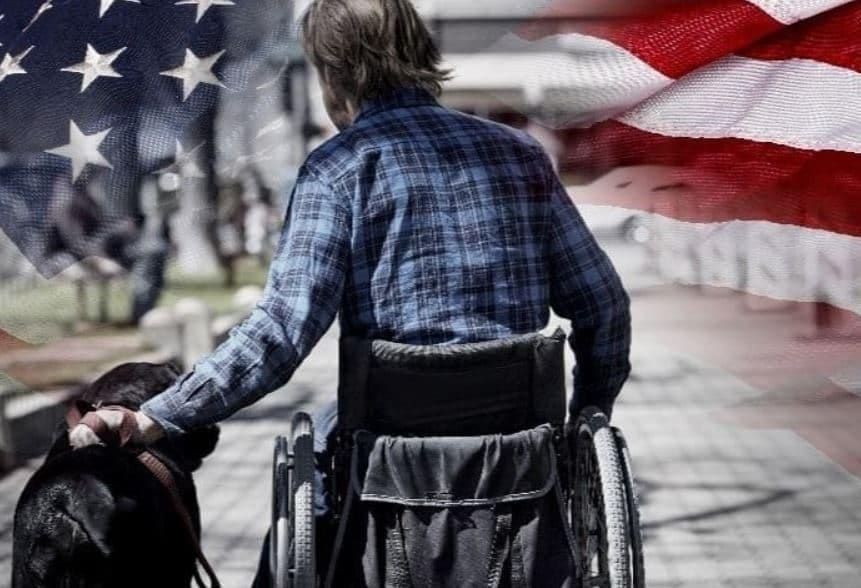 More than 90% of military working dogs return home with their handler. This heartwarming statistic is noteworthy because it shows the special bond the two veterans made while in service.

If a retired military dog is without a home, the organization Mission K9 Rescue helps facilitate military working dog adoptions. If you’re thinking of adopting a pup today, why not take home a true American hero to serve as your best friend.

Adopting a former military dog is a selfless act for a pooch that served your country. If you end up adopting one, secure their health and wellness with a pet insurance policy from Prudent Pet.

Pet insurance is especially needed for military dogs. Unfortunately, they suffer from physical and mental health issues because of their time served in battle. These can be extremely detrimental to any pup, even for some of the most famous war dogs in the world. Pet insurance can help with all of these issues, so protect your doggo’s overall health and get your free quote today.