As we continue our series on Badass Dogs, we take a look at how military canines play a significant role in protecting our nation. These fearless pooches and their handlers serve in every military service and are deployed across the world to help make our military bases and missions safer. Like the Police K9s, Firefighter Dogs, Search & Rescue Pups and Guide Dogs, these heroic doggos should be honored for their outstanding service.

All About Military Dogs 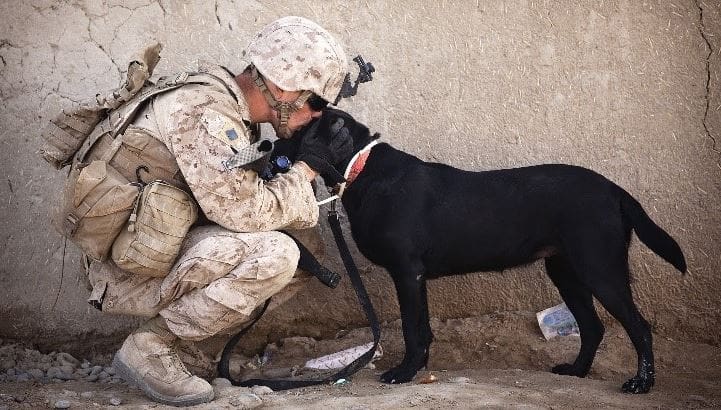 Doggos have been used in warfare for centuries with their roles evolving over the years. Thanks to specialized training, dogs can perform highly skilled tasks helping protect national security. Man’s best friend has become valuable assets and grown into essential team members in times of war.

The history of the usage of dogs goes back to ancient times. It’s documented during ancient Greek & Roman times; dogs were used as guards, messengers, and companions.

Later in history, dogs used to run hand-in-paw into battle with their masters alongside, attacking the enemy forces. Large dogs like Mastiffs were heavily armored and would play pivotal roles in breaking through enemy lines during combat.

With the advancement of gun powder and technology, war strategies completely shifted. While warfare changed, dog’s roles and duties dramatically changed as well.

Military dogs are incredibly versatile animals. Their intelligence and wide array of skills enables them to be important assets in war zones. Their different specialties are described in further detail below;

Sentry Dogs: Sentry K9s are used to help soldiers keep watch on fortifications. They work on a very short leash and will alert their handler if the presence of a strange or unfamiliar person is sensed.

Scout Dogs: Scout dogs are very similar to sentry pups; however, scout dogs are in the field walking point on combat patrols. These dogs are extremely intelligent and help soldiers avoid snipers, ambushes, and oncoming enemies. These furry heroes can detect an enemy up to 1,000 feet away.

Messenger Dogs: The name gives away the job of these special pups. While not as frequently used today due to technology, they still serve a purpose when the desired result is undetected communications. These dogs work with two handlers and are trained to travel back and forth between the handlers unnoticed, delivering messages between the two parties.

Mine & Explosive Detection Dogs: Mine dogs are responsible for uncovering mines, trip wires, explosives and booby traps. They lead ahead of the unit with their handler and smell out potential explosions, saving many soldiers lives. They have been used heavily in Afghanistan and Iraq sniffing out possible explosions before they can detonate and cause mass destruction.

Casualty Dogs: These pups are identical to search and rescue dogs. They are trained to search for fallen soldiers and report their whereabouts. They work diligently and fast in attempts to save lives. On the battlefield, minutes can be the difference between life and death for the injured.

You might be asking yourself, which breeds of dogs can perform these impressive feats?

To be considered for the position of a military working dog, a K9 must be smart, loyal, athletic, and assertive. The most utilized breeds in warfare are shepherds; such as the Belgian Malinois, German Shepherd, and Dutch shepherd.

German and Dutch shepherds also make great military dogs due to their moderately aggressive temperament, their predictability, dependability, as well as their trait of being easily trained.

For explosive detector roles, retrievers are commonly used. They have a great sense of smell and are easily trained to be odor detector dogs.

These dogs are all very easy to work with and must be specially trained to perform their desired tasks.

If you want to check out other breeds that are considered badass, brush up on Firefighter Dogs! 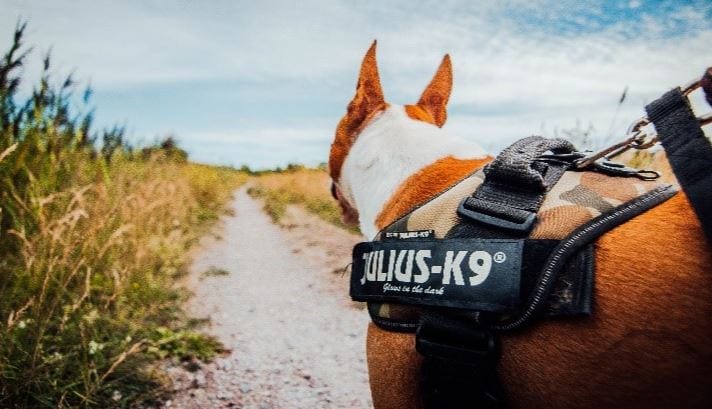 Training the canine to be exceptional at their jobs leads them to perform heroic acts of valor. Military dogs can receive an award recognizing their courage on the battlefield. 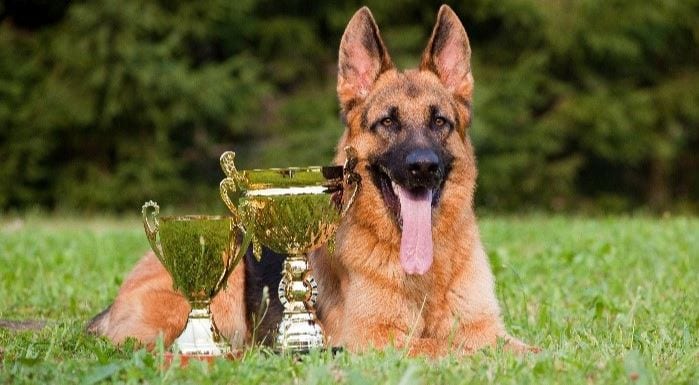 The highest honor for military dogs is The American Humane Lois Pope K-9 Medal of Courage. This medal is awarded to the dogs that have demonstrated extraordinary bravery, courage, and service. Most recently, four pups received the honors in 2018 for their relentless service.

The United States Military Working Dog Service Award is another prestigious medal given to canines that went above and beyond the call of duty.

The K-9 Medal of Courage is an award given out to dogs that have saved the lives of men and women in service. This award started in 2016 and has been handed out for the past three years to over 12 four-legged heroes.

While all military working dogs are unique, only some receive medals of honor to distinguish the most fearless dogs in the armed services. However, we love all military dogs the same and even have a special day dedicated to them.

This wonderful holiday takes place annually on March 13th. It’s a day set aside to honor the American military working dogs and the duties they fulfill. This day also recognizes the history of pups throughout the military.

March 13th is a special date because in 1942 the army began training canines for the War Dog Program, also referred to as K-9 Corps. This was a revolutionary program which paved the path for military working dogs as we know them today.

As we discuss the history of dogs, it may provoke the question, what do these four-legged veterans do when they are no longer enlisted? 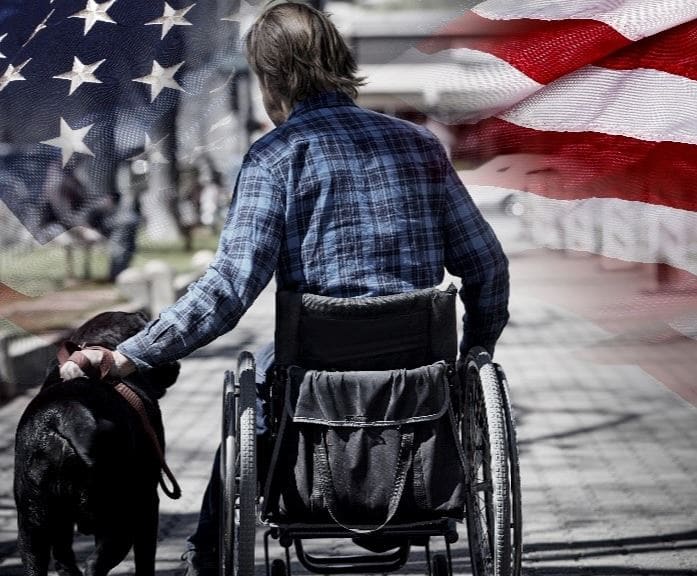 More than 90% of military working dogs return home with their handler. This heartwarming statistic is noteworthy because it shows the special bond the two veterans made while in service. If a handler were to be incapacitated during combat, the handler’s family might decide to adopt them.

If a retired military dog is without a home, the organization Mission K9 Rescue helps facilitate military working dog adoptions. This organization has a mission that every working dog deserves a loving home once they’ve helped humanity. If you’re thinking of adopting a pup today, why not take home a true American hero to serve as your best friend.

If you end up adopting a former working dog, secure their health and happiness by enrolling them in a dog insurance plan. Whether it covers illnesses, accidents, or both, a pet insurance policy is guaranteed to provide some peace of mind regarding your new companion.