Dogs are our best friends and love us unconditionally, but they also can hold some very important jobs. At Prudent Pet, we want to recognize the animals that are serving our communities by emBARKing on a series of blogs titled Badass Dogs. The roles pups are responsible for are certified badass and include Police K9s, Firefighter Dogs, Search & Rescue Pups, Guide Dogs, and Military Working Dogs. To kick things off, we will discuss in depth the valiant dogs serving our police forces. 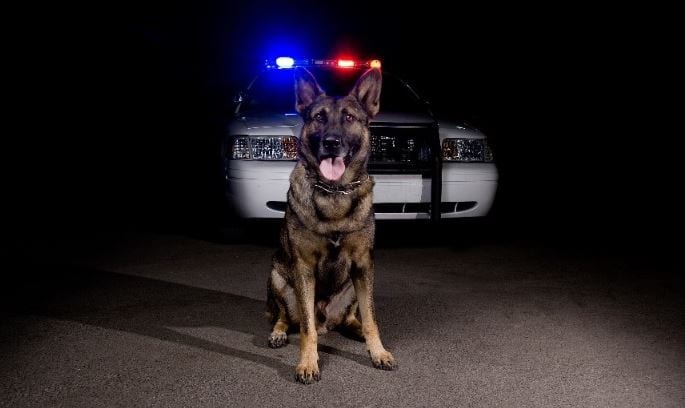 While your fluffy friends protect your home and family, police dogs are protecting entire communities! K-9s are pups specifically trained to assist police and law enforcement personnel, and serve the public through different specialized professions:

Dogs can cover large areas in a very short time frame, expediting the search process for missing persons, suspects, and human remains. These pups are essential because time is of the essence with search and rescue.

Dogs have 225 million scent receptors in their nose, so it’s no surprise they are exceptional at detection. Detection police dogs are trained to detect drugs, explosives, and other crime scene evidence. 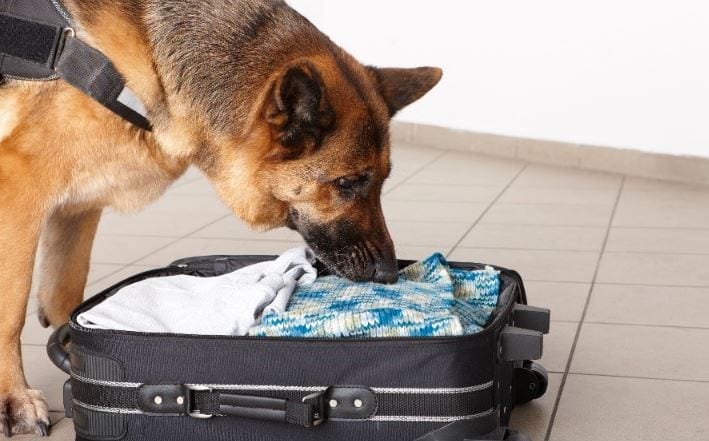 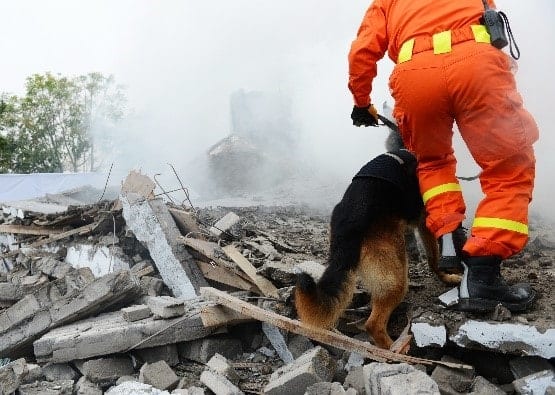 Dogs have been used in wartime and conquest for centuries, but police dogs hadn’t become prevalent until the late 1800s. The formal usage of police dogs has spanned over about 150 years, first appearing in European police forces. One of the first public occurrences of police K-9s was in England when bloodhounds were used to track Jack the Ripper.

The Belgians were next on the forefront to popularize the usage of police dogs, and Germany shortly followed in the early 1900s. Germany and Belgian’s revolutionization of police dogs is evident – even today, German Shepherds and Belgian Malinois are the most popular breeds of police doggos.

In the States, the NYC Police Force introduced their first K-9 in 1907, but it wasn’t until the 1970s when police K-9s became commonplace in society. Today, these smart canines are being used by all the following federal agencies: 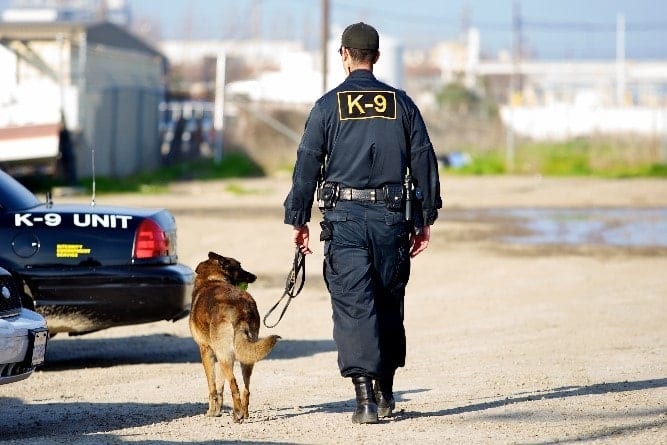 Police dogs are a special type of animal. They have been bred to perform extremely difficult tasks not all canines can execute, and only specific breeds can hold the high honor of being a police dog K-9.

The duties of these super dogs include, but are not limited to: locating missing people, searching for drugs & explosives, and attacking people deemed dangerous.

The following are special types of doggo breeds trained to serve in the police force, and their respective fields of work:

The two most common dogs bred for police use are Belgian Malinois and German Shepherds. Their intense drive and focus make them great candidates for the team; in fact, most K-9s in the US are brought here from Europe.

There’s more badass dogs out there, like firefighter dogs that risk their lives for us humans! 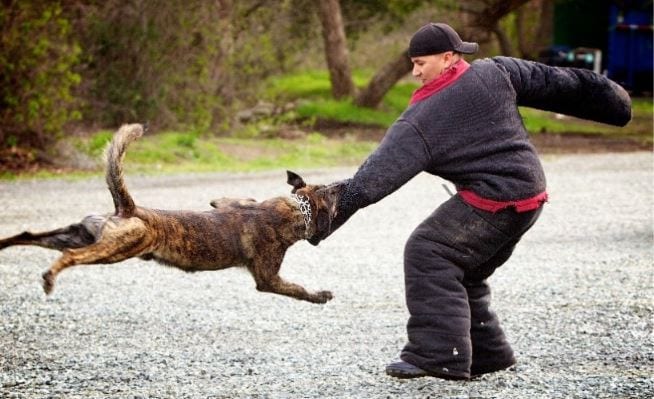 No bones about it, the training program for K-9 dogs is lengthy and tough. Not all dogs are cut out for the badass life.

The process begins with the training of the handler. A potential handler must go through the requisite police academy training followed by 1-2 years of police experience before becoming eligible to be a handler. The handler needs the necessary field experience to gain valuable expertise in law enforcement. Outside knowledge on handling and controlling pups is also a great resume builder for candidates, however not required.

For puppies to be considered, they must first pass basic training obedience programs and be completely obedient to all commands without hesitation. Any doubts and the K-9 can no longer continue their training to becoming a dog of the force. Once they are considered qualified, the dog and assigned handler are sent to a 4-12-week training program. The most important aspect of this training program is the ability to develop an unbreakable bond between the pup and the officer. The approximate cost of obtaining and training a police dog is about $15,000. 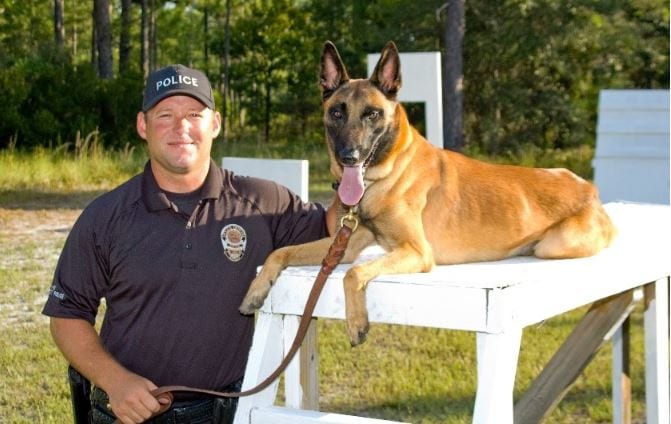 What makes dogs such good police officers? Their heightened senses and keen intelligence. Below are some of the most impressive fun facts regarding K-9s.

A working dog’s career typically ranges from 6-9 years and just like humans, doggos enjoy retirement after a long hard-working career. There are many different reasons for doggy retirement, and age is the biggest factor. Other reasons for retirement include injuries, health, and breeding purposes.

The decision to retire a dog is made between the handler and the police department. Every retirement verdict keeps the dog’s best interest in mind. Whenever a K-9 is unable to perform at full capacity or becomes a liability in the field, retirement discussions will commence.

Once retired, ex-pup officers can live peaceful lives with their same owner. Handlers get to stay with their gallant best friends post-retirement, proving their bond can never be broken.

If you want to support these valiant canines, please consider donating to various foundations nationwide. These animals risk their lives daily, so it’s our duty to guarantee their well-being, protection, and continuing existence in our police force.

Police dogs need to be in good health in order to perform their many jobs while on duty. Dog insurance ensures police pups are ready to take on anything, whether it be illness or accidents.

While these fearless pups are keeping you and your family safe, take their lead and ensure safety for your beloved doggy. Fetch a Prudent Pet quote today to secure peace of mind over your special hero’s health.