Some dogs are incredible athletes. Plain and simple. Head down to your local dog park and see them in action for yourself. You might watch pups catching frisbees, fetching tennis balls, and chasing squirrels. With their abundant energy, it may seem like these dogs can never tire out.

Just like the human community, there are dogs with athletic abilities standing above the rest. Different breeds make up the sporting dogs group, and here at Prudent Pet, we want to recognize these incredible animals.

You’re probably asking, what exactly is a sporting dog? Sporting dogs are breeds that were first trained to work closely with hunters and exhibit high levels of intelligence and incredible endurance. It’s time to examine the multiple canine breeds associated with the sporting dog group. 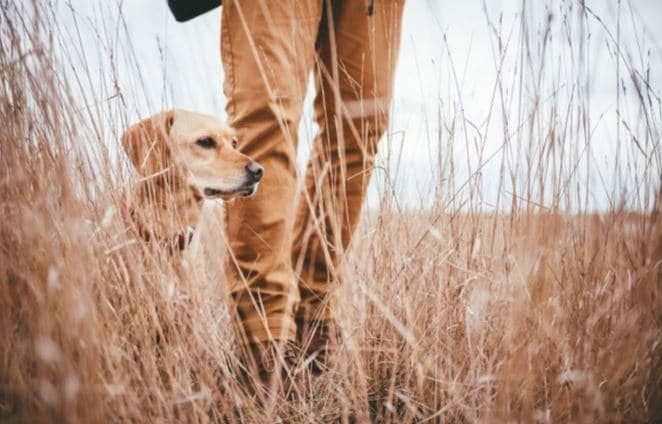 There are four main breeds of sporting dogs; retrievers, setters, spaniels, and pointers. These dogs have superior instincts in both the wild and the water. They even have well-insulated water-proof coats to help keep them warm. These breeds typically enjoy hunting and tons of exercise.

Retrievers: If you haven’t noticed, their name defines them. Retrievers were trained to retrieve game for their master. They specialize in tracking down birds and other prey and delivering them to their hunter without damage. Retrievers are bred for their small mouths as well as strong obedience skills. There is a great demand for retrievers due to their intelligence, willingness to please, and their friendly demeanor.

Setters: These pups are considered types of gundogs used to hunt birds, such as quail and pheasant. They are trained to detect and track the smell of prey but not to attack. When they discover the desired prey, they freeze and crouch or ‘set’, hence their name. This particular breed of sporting dogs combines intellect with beauty to act as a wonderful companion.

Spaniels: Spaniels are another type of hunting dog – they’re also specialized in flushing game out of their dwellings for their master to spot the prey. These K9s work both on land and in the water for their owner. In addition to flushing out critters, they’ve been trained to retrieve game from water, as well as track and point to the prey just as setters do.

Pointers: Similar to setters, pointers track and find the game and ‘point’ to the prey with their muzzles, notifying the hunter. HPR is an acronym commonly used to explain a pointers’ purpose – Hunt, Point, & Retrieve. They’re trained to retrieve prey on both land and water. Amazingly, their hunting instincts kick in at only two months old!

If you own one of these four breeds mentioned, it’s important to remember if they aren’t active as a sporting dog, you must regularly exercise them to ensure their energy is spent constructively. One dog breed that most people have mistaken for a sporting dog – the greyhound.

Are Greyhounds a Sporting Breed?

Greyhounds are an interesting breed to compare with the sporting dog group. They aren’t considered to be sporting pups by the American Kennel Club, but when people think of dogs and sports, greyhound racing comes to mind.

Unfortunately, greyhound racing promotes harsh lives for the athletes involved. Luckily, this sport has seen a decline in popularity and will even be banned in states, such as Florida in 2021.

To read further into the decline in greyhound racing as well as how to adopt a greyhound pup in need of a home, check out our featured post. 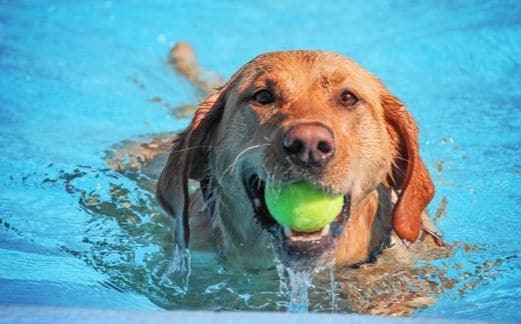 While not all dogs are sporting dogs, some dogs do play roles in sports. No, we aren’t talking about Air Bud, the fun-loving Golden Retriever that plays basketball on the big screen. We’re talking about honorary members of sports teams.

Mascots – So many collegiate and professional teams have real-life dogs as their official mascot. These pups serve as inspiration, help develop comradery, and are just heartwarming pals to lighten the mood in what sometimes can be a stressful season.

Bat Dogs – Bat boys in baseball are the ones tasked with retrieving bats after a player is done with their at-bat. Well, doesn’t that seem like an easy job for a pup?

Ball Dogs – At tennis tournaments, you can find individuals scrambling around the court after each point in attempts to snag the loose ball as fast as possible. Yellow tennis balls bouncing around needed to be tracked down – yeah that’s another fitting role for a sporty K9.

Some dogs go above and beyond their service and garner adoration and fame.

Finn the Bat Dog – Arguably one of the most famous sporting dogs, Finn is known for his viral videos of retrieving his teammates bats during baseball games. Finn is the bat dog for the minor league baseball team, the Las Vegas Aviators. He’s a 6-year-old black Labrador Retriever, making him a sporting dog that loves the sport of baseball!

Handsome Dan – This little cutie is the Yale Bulldog’s mascot. And yup, you guessed it, he’s a traditional bulldog breed. Handsome Dan was introduced to Yale as their mascot back in 1889. Since then, there have been 17 other bulldogs to assume the position, making their current mascot, Walter, the 18th Handsome Dan in history.

Butler Blue III – Butler Blue III, AKA Trip (short for triple) is the 3rd doggy to don the butler blue sweater. He is a male English Bulldog, and his favorite food is dropped popcorn inside Hinkle Fieldhouse. Trip made his debut in 2012 and has been encouraging students, teammates, and fans ever since.

Reveille – This sweet pup is the mascot for the Texas A&M Aggies. This supportive doggo is a Rough Collie. The first Reveille was a mutt that was introduced in 1931. Since then, there have been 9 Reveilles with the 3rd Reveille starting the tradition of the pup being a Rough Collie. You can catch Reveille and her beauty on the sidelines of every Texas A&M football game.

Jonathan – This fluffy husky serves as the mascot for the University of Connecticut. He’s a black and white male that roots for UCONN harder than anyone else. He was introduced in 2014 and is serving as the 14th installment of the mascot. Interestingly, UCONN is one of the only universities that allowed their fan base to vote for their mascot in 1933. A cute husky was the resounding response from the student body.

We have discussed sporting dog breeds, pup’s roles in sports, as well as famous sporting dogs throughout pop culture. Whether your dog is a sporty pup, a ball of energy, or a chiller on the couch, you can always secure peace of mind by insuring your doggo with a Prudent Pet Health Insurance quote.