When you’re at the dog park socializing with the other pet owners while your furry little buddies run around, the usual chit-chat ensues. What’s your dog’s name? How old are they? What’s their breed? That last question may bring you into unfamiliar territory. You might even come across an exotic dog breed you’ve never heard of before.

Stay ahead of the pack and learn about the newest breeds of dogs around, as well as the new crossbreeds dog lovers are welcoming into their homes.

Who Chooses to Recognize New Breeds?

The American Kennel Club is the official registry of purebred dogs across America. They are responsible for declaring which breed of a dog is recognized as purebred. There are over 350 dog breeds in the world however the AKC only acknowledges 195 breeds. The criteria that must be met is that the breed must breed “true”. For example, if a Labrador breeds with another Labrador they will produce dogs easily identified as a Labrador. A full list of the American Kennel Club breeders can be found here. 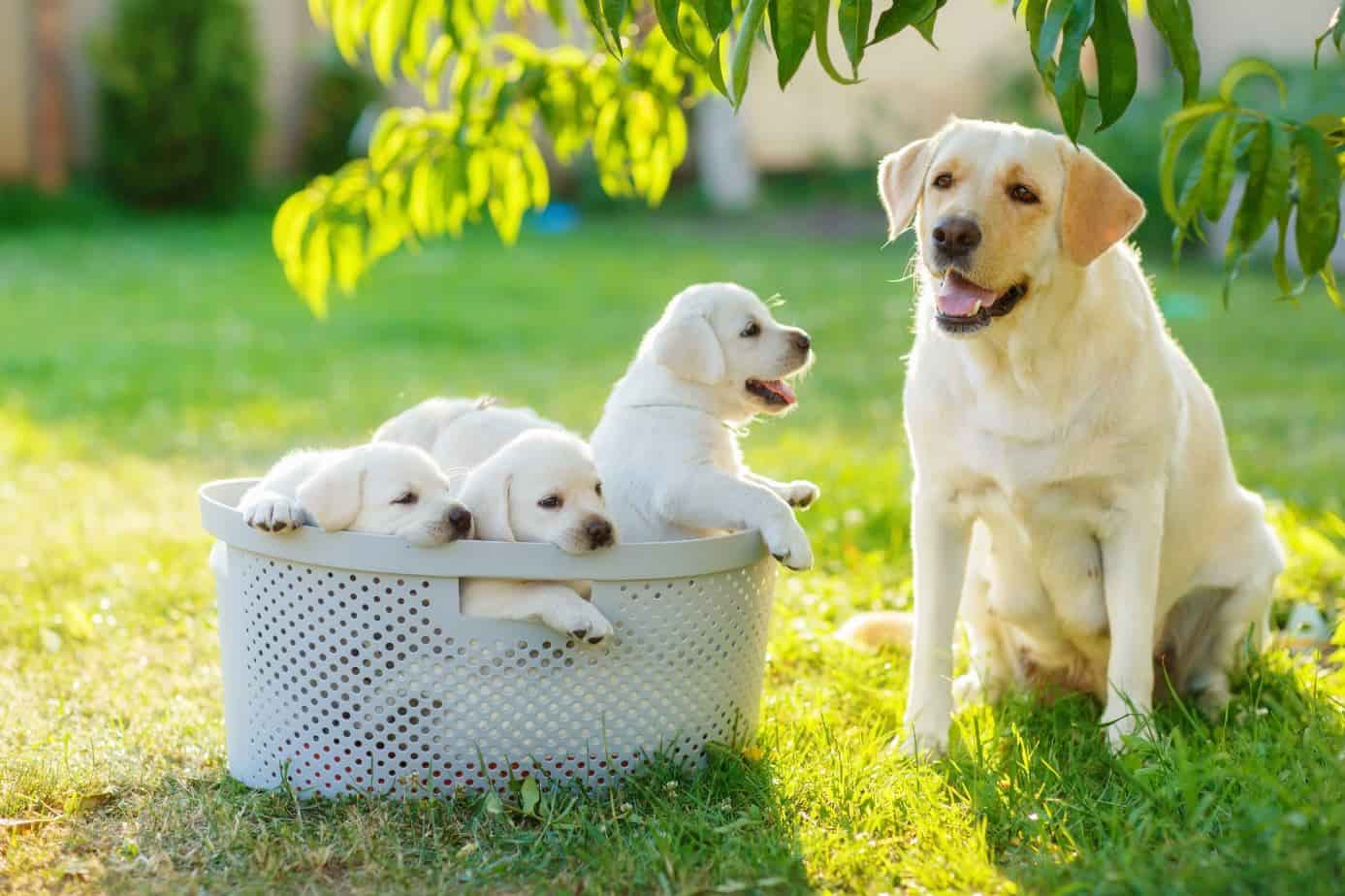 Each year the AKC comes out with their newly recognized dog breeds and of course, these are all purebred pups. In 2019, the AKC added one breed, the Azawakh (aza-wok), who happens to be one of the most expensive dogs in the world.

Already in 2020, two breeds have been recognized by AKC, the Dogo Argentino and the Barbet. These breed names are quite the mouthful!

The Dogo Argentino was originally developed for big game hunting in Cordoba, the central region of the Republic of Argentina. They were trained to hunt wild boars and mountain lions in South America and Asia because of their muscular stature and aggression. Due to their dominant physical traits, the Dogo Argentino is illegal to own in the United Kingdom, Colorado, and New York City!

First bred in 1928, their main ancestors include the extinct Cordoba Fighting Dog and the Great Dane. All of these factors make the Dogo Argentino one of the top ten most expensive dogs in the world. 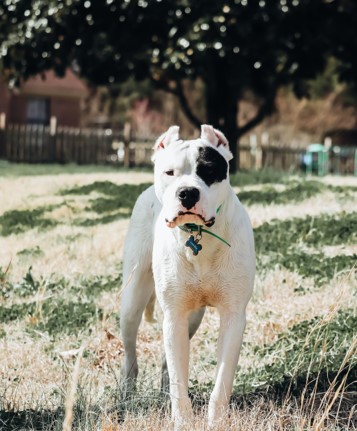 Dogs come in all shapes and sizes, from Pomeranians to Bernese Mountain Dogs. Find out how much your pup should be eating! 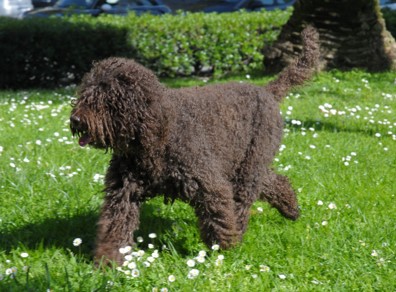 The other newly recognized breed by the AKC in 2020 is the Barbet, a French water dog who appeared as early as the 16th century. Their long, curly, dense coat covers them from head to tail and keeps them warm during brutal winters. Similar to the Dogo Argentino, the Barbet was primarily used for hunting game, but more specifically, water game.

The Barbet actually became dangerously extinct after World War II, but resurged as an official breed in 2007 when they were first recorded. The breed has also contributed to the french language because Barbet loosely translates to “very, very muddy.”

Breeders are getting creative, we are seeing new dog breeds more frequently than ever before. The funny thing about these ‘Designer Dogs’ is they are just fancy mutts – however, the two mix breeds are bred to combine the best traits of both the breeds

While the following dogs are all considered designer breeds, none of them are recognized by the AKC. This is because the AKC only recognizes purebred dogs, and as stated before, designer dogs are mutts! The following are some of the most known and popular designer dogs frequenting your local park.

While Goldendoodles have been a recognized cross-breed for quite some time now and aren’t necessarily ‘new’, their recent rise in popularity still cannot be ignored. They are everywhere. The new craze of the dog world. They are extremely friendly and shed very little. They have incredible intelligence and are very playful. These dogs always seem to be smiling and having a good time. If you are an active person and love to exercise a Goldendoodle could be perfect for you. 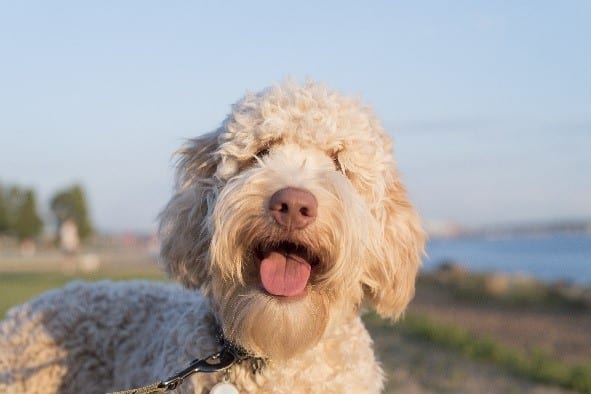 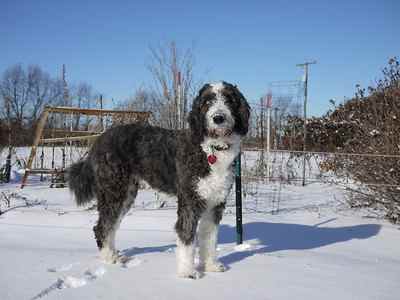 Aussiedoodles are newer, but we are starting to see more and more of them out on their walks. These dogs often have two different color eyes which brings a unique trait to this cool looking dog. They are very smart and happy-go-lucky. They love everyone and everything and are low shedding and hypoallergenic. These dogs do not like to be left alone, however, so this breed may not be for you if you’re off to work for 8 hours a day.

Last but not least! (no bias, I promise) As a proud owner of Leon the Bernedoodle, my dog park small talk usually leads into explaining his breed and where I got him. Leon’s behavior and doggy demeanor are very smart and affectionate. The poodle provides the hybrid dog with a low shedding coat and intelligence combined with the Bernese’s friendly, loyal and laid back nature to create a breed I love so much – and think you’d agree as well. 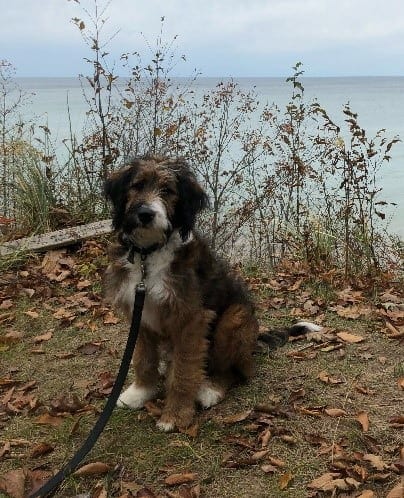 Besides their cuteness, intelligence, and friendliness, why are the above designer dogs so popular? One of the main reasons is most of these dogs have been bred to be hypoallergenic – meaning they are very unlikely to cause an allergic reaction. Hypoallergenic dogs have very predictable coats and typically do not shed much leading to an allergy sufferer to have less of an allergic reaction. Poodles are a prominent hypoallergenic breed, therefore, that is why you see them bred with other dogs so frequently.

The best way to celebrate these unique dog breeds is through competition, however as mentioned before, only purebred dogs recognized by the AKC can compete. The Westminster Kennel Club is the oldest organization in the United States dedicated to the sport of purebred dogs. This dog show is held annually in NYC and is widely considered the world’s greatest dog show. More than 3,000 dogs from around the globe travel to NYC each year to partake in Westminster Week. Last year’s Best in Show winner, the most prestigious award bestowed, was a little Wire Fox Terrier named King (see below). This year the Westminster Week will be held February 8th – 11th. Both the Dogo Argentino and the Barbet will be competing for the first time so make sure to tune in! You can see all the dogs that are currently registered to compete this upcoming February.

Purina plays a large role in these different purebred dog shows around the states. They are the official sponsor of three major dog shows and help promote, popularize, and fund the sport of purebreds. The major competitions Purina sponsors are the Westminster Dog Show, the Beverly Hills Dog Show and the National Dog Show.

With all these different breeds including purebreds and ‘designer’ dogs, it may seem hard to figure out which breed will match your lifestyle best. Not all dogs will act according to their breed standards, the right dog for you could be any one of the cross breeds, purebreds, or a furry friend at your local rescue. With the responsible breeding of dogs, these variations can help make it easier for us to find our new best friend!

Liked this blog? Make sure to follow us on social and check on our blog frequently for similar posts!